Jeff Bezos may ‘Officially’ be the wealthiest person on the planet, but that does not mean there are not people who have amassed more loot.

But “most standards” don’t include everyone. And for that reason, we give you three people wealthier than Jeff Bezos. 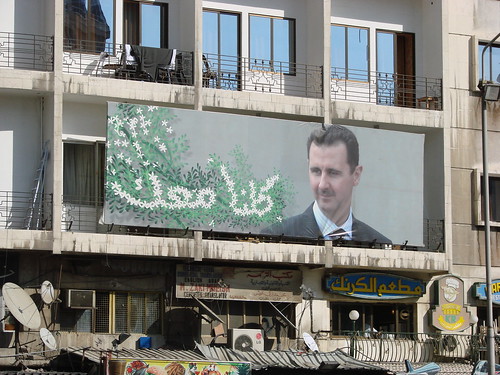 According to the website ‘The Richest’ Bashar al-Assad, Syria’s tyranical dictator, has a net worth of $1.5 billion, which is nothing to sneeze at but isn’t the full story. Assad has spent mostly all of his time as ruler of Syria being an extreme dickhead, which caused a giant civil war. In a nutshell, the Assad family stole billions of governent funds for themselves, so the people wanted them out, but Bashar ain’t budging. It is believed that at least $60 billion is already gone, but if we count the amount that he technically has control over now as ruler, that is $120 bil.

Ole Vladdy takes in a salary each year somewhere in the neighborhood of $100,000, but that is surely not the true figure for this former KGB agent, turned dictator. There is probably nobody who knows Putti’s real worth, but Russian hedge fund manager Bill Browder estimates it to be much more: $200 billion more.

How did Browder come up with this number? It seems to be the amount he sees as not being spent on legitimate government things.

“The power is very simple in Russia–whoever has the power to arrest people is the person in power. And so what Putin does is he has a bunch of guys around him who have the power to arrest people. And so it doesn’t matter how rich you are, if you can be arrested, put in jail and have your money taken away, the guy who can do that to you is the most powerful person in Russia.”

Queen Elizabeth is another person who may frequently appear somewhere on wealthiest peoples lists, but not anywhere near the top; it can be argued that she is the top dog, though. At one time Great Britain was the most powerful country in the world, controlling nations all around the globe. Though Britain’s power as a nation may not be what it once was, it still controls property in nations where it used to rule, such as Canada, Australia, India, and Northern Ireland, etc. In total the land amount that she is believed to own by royal title over The British Commonwealth is 6.6 billion acres. (Kinda makes your quarter acre lot seem puny now?)

So excluding the land value, Queen E and the rest of the Windsor family are a bit down on the list, but all that land adds up to one-sixth of the earth’s non-ocean surface. The value is priceless, and if we were to put a price on it, that would be well above anyone else’s total.

(Please check out the two links directly below)

This Andre The Giant Art And Other Wrestling Gods Collages